Christine Piper, a doctoral student in the Writing Program at the University of Technology, Sydney, with her supervisor Dr Debra Adelaide. Christine is this year’s winner of the Guy Morrison Prize for Literary Journalism.

Some of our first memories are of often somebody, perhaps our mother or father, reading to us at bedtime.

The influence of stories on our lives is something that Fenella Souter, journalist and former editor of The Good Weekend, says never goes away.

“I think stories continue to have a power over us, because narrative takes the reader through a path that’s structured and brings to life something that could otherwise be just information and facts, which would be a bit boring.”

“I think you remember an article told like that in a way you don’t remember just a straight news report or a more pedestrian way of telling a story,”Ms Souter says. “You’ve got a lot of room to explore different aspects of the story,you can follow different characters and different personalities.” 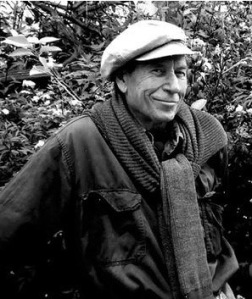 The prize honours the late Guy Morrison, an esteemed journalist, poet and playwright who worked as the production editor of The Australian and features editor of The Sydney Morning Herald. This year’s winner is Unearthing The Past by Christine Piper, a doctoral student at UTS.

Unearthing The Past is a 10,000-word narrative that focuses on the Japanese army’s use of biological warfare during World War II. The story takes the reader on a walk through suburban Tokyo, weaving across past and present. The piece grew out of background research for Ms Piper’s debut novel, After Darkness, the winner of this year’s Vogel’s Literary Award.

Ms Piper took two trips to Tokyo to conduct interviews for the long-form feature and visit key sites involved. The writing itself was a process she found difficult and it took seven weeks to carefully form the complex history into a narrative structure.

“I was so slow writing it. Some days I’d do eight hours and I’d literarily only have written 100 to 200 words, which is ridiculous,” she says.

This is not the first prize Unearthing The Past has won, having also been awarded the 2014 Calibre Prize for Outstanding Essay by the Australian Book Review. With her background in both fiction and as a magazine writer, Ms Piper thought a creative non-fiction piece would be an engaging way of explaining her research.

“Humans always respond to narrative. The story stays with them more and I think they would probably absorb the information better,”she says.

Christine Piper’s supervisor during her doctorate was Dr Debra Adelaide, Associate Professor in the writing program at UTS. She says she is immensely proud of Ms Piper but isn’t surprised she won, having been impressed with the work since the first draft.

“It’s a wonderful essay and a piece of really genuine investigative journalism with a personal edge,”Dr Adelaide says.

As a renowned fiction writer, Dr Adelaide recognises the power of true stories told in a creative style.

“Journalists have learnt from novelists and paid attention to pace and narrative and characterisation,”she says.

Critics might say that as we live in an age where news is often broken in 140 characters or less, the pace of long-form journalism is now out of step with the way we read journalism. However, Dr Sue Joseph, a senior lecturer in journalism and creative writing at UTS, disagrees. She points to the ongoing success of The New Yorker and within Australia, The Monthly and the recent release of The Saturday Paper. Dr Joseph sees within her students a passion for feature writing that is alive and well.

The advantage that Dr Joseph sees in literary journalism over other forms is its ability to provide analysis and deeper contextual information.

“The news tells us what happens. Long-form narrative gets into the minds of the people behind the news: the mother and fathers of the victims, the brothers, the sisters, the local grocery store owner.