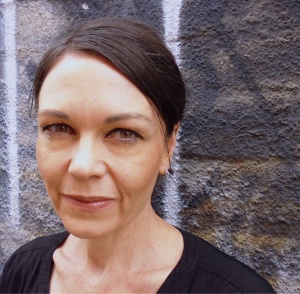 We have all visited our local GP for an ailment and expected to be given a quick and easy remedy. But Dr Karen Hitchcock, an acute and medical physician at The Alfred Hospital, and author of Quarterly Essay 57 Dear Life: On Caring for the Elderly, says we are overmedicating our population to a shocking degree. More antidepressant scripts were written last year than there are westerners in the world, according to Dr Hitchcock.

She and Dr Norman Doidge, a psychiatrist, psychoanalyst, researcher and bestselling author of The Brain that Changes Itself, were in conversation with Ranjana Srivastava, an oncologist and award-winning author who has written extensively on the relationship between doctors and patients. ‘A Radical Rethink’ was held on Saturday morning at a sold out Roslyn Packer Theatre. Dr Doidge agreed Western medicine is hooked on drugs as the magic bullet. “We need to stop treating the disease, and starting treating the person with the disease,” he said. “What’s the patient’s role in this?” he asked. “They’re the target,” quipped Dr Hitchcock.

Dr Doidge said Western medicine’s strength comes from being analytical – breaking the human body down into smaller and smaller specialised systems. Descartes, the French philosopher, likened the brain to a machine, where each part performs a single function. And if a part gets damaged, it can’t be fixed. This belief has stuck in modern medicine but Dr Doidge said “the doctrine of the unchanging brain is inadequate” because it forsakes a holistic approach.

He tries to bridge Western and Eastern medicine in his recent book, The Brain’s Way of Healing: Remarkable Discoveries and Recoveries from the Frontiers of Neuroplasticity. He recounted the incredible recovery of a Parkinson’s Disease sufferer named John Pepper. Mr Pepper slowly regained control of his movement through ‘conscious walking’ – building neural workarounds in the front part of his brain undamaged by the disease – to initiate movement in his legs. Walking triggered his brain to repair itself by constructing and consolidating these new pathways. “John Pepper is a real person,” said Dr Doidge. “He got back the neural circuity which had been disabled, through another technique.”

Dr Srivastava asked Dr Doidge whether such miraculous anecdotes gave terminal patients false hope. He pointed out “mere anecdotes” are the case studies medicine is based on, and we should reverse engineer cases like Mr Pepper’s to better understand how the mind and brain work in the body.

“We need more detailed case histories of our patients, then compare them to group studies,” he said. He cited a 30-year study by Cardiff University’s Cochrane Institute of Primary Care and Public Health, a leader in evidence-based medicine, which found that a healthy lifestyle can prevent dementia and early death by up to 60 per cent. Dr Hitchcock agreed, saying that fragmented care teaches patients to be passive receivers of “25 different types of medicine”, when often the best course is regular exercise and a good diet.

This inertness is pronounced in aged care. Dr Hitchcock criticised a “torturous and invasive” end of life care system focused on a good death, instead of maximising quality of life. “It’s like a patient comes in and we see walking death,” she said. Most elderly patients are sedentary, overmedicated and starved of stimulation in nursing homes and palliative care units designed to halt any further improvement.

It’s not only the elderly. Up to 30 per cent of the patients on Dr Hitchcock’s ward at The Alfred Hospital in Melbourne are overprescribed. She warned medicine has become big business, driven by pharmaceutical companies who profit from drug patents. She also criticised poor health policy, saying there needs to be a huge shift in health education, infrastructure that promotes exercise and access to good food if we want to be a healthy country. “It’s crazy we can buy two days’ worth of calories for $2 but broccoli is $8 per kilo.”

Dr Hitchcock wants to empower people to take more responsibility for their own health. “The truth is so pedestrian,” she said. “It’s the simple things: exercise regularly, eat fruit and vegetables, don’t smoke and don’t drink.” While radically rethinking Western medicine is a challenging notion, this is a prescription we can all follow.